Do you know what was happening on Christmas Eve, 1968? I can tell you what I was doing. 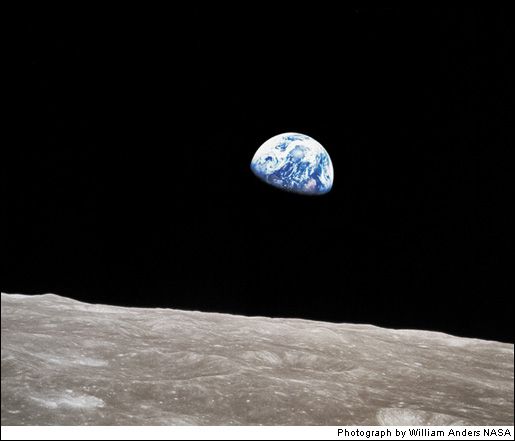 In addition to trying to remember and celebrate the birth of Jesus, I was celebrating the birth of our oldest daughter, Debbie, the day before. She was born on December 23rd, 1968. Last night we celebrated her birthday with all the family together. As we were reflecting on what her presence in our family meant to each of us, there were ten mini celebrations of her impact in our lives.

That was indeed a life changing event for us all in so many ways. Her arrival in this world meant that I would be exempted from being drafted into the service of our country. Those were the days of the height of the Vietnam War. Being drafted was certain to have a battlefield assignment in guerrilla warfare. Those were the days of flower children, draft dodgers and when flag burning started. It was tumultuous time in our country. Lest you think the days we are in currently are uncharted territory, let me just assure you that the writer of the book of Ecclesiastes was so right when he said, “There is nothing new under the sun.”

There was another significant event taking place that Christmas Eve. On December 24, 1968, three American astronauts were circling the moon. Many of you were not even born yet. Some were too young to remember, but many of us remember the day very well. What a historic moment! They sent back pictures of the earth and read the first 10 verses of the book of Genesis to an audience rapt in wonder and awe.

Seven months later, the United States landed men on the moon! As with so many major events, there is a back story. Eric Metaxas, who heads up the Colson Center shared one part of the back story in today’s Wall Street Journal.

Rather than restating the story, I’m providing a link to the op-ed Christmas Eve in Space and Communion on the Moon. The story shows that our battle against the powers of the air are not new. Satan, the prince of the power of the air, has been working to suppress the good news of the gospel since the Garden of Eden.

Mr. Metaxas shares the story of how that momentous arrival of men on the moon was celebrated by Buzz Aldrin with the taking of communion as the most appropriate thing he could do. He read portions of the book of John where Jesus said, “I am the vine, you are the branches …” In light of the public pressure, even in those days, NASA advised that these actions and readings not be broadcast back to earth. Well known atheist, Madelyn O’Hair had filed suit for the Christmas Eve event. It is no wonder this story has been suppressed.

But on this Christmas Eve, I feel it is important that we hear the story of Buzz Aldrin. As so many in our country are giving their all to deny the truth of God’s word and the real story of Christmas, we should take encouragement from Buzz Aldrin’s story and his strength of faith.

Let’s be men and women who know who we are and Whose we are. Buzz knew Whose he was and could not let that moment pass without acknowledging the God of the universe. Let us take courage in our hearts to give thanks for the greatest gift EVER, the Christ child coming to earth for one purpose only. That purpose was to provide a way for us to have a relationship with the God who created the moon and the earth, not to mention thousands of galaxies that have yet to be discovered. We discover knew expanses of our universe every year, and our God created it all.

Blessings to you and your families this Christmas season. May Christ be your source of joy and peace as we give each other gifts to celebrate His birth, God’s gift to us.