This is not going to be a popular post because it has little to do with the junk that is filling social media, but everything to do with things that are of lasting importance. As I’ve 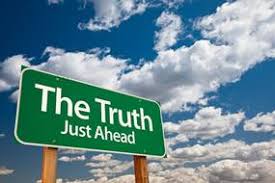 studied the Scriptures and the life of Jesus, I find that he rarely mentions what is going on with the Roman governors. He had no comment on the horrific way they treated people or the good things they did. Those issues were not why He came to this world. He came to this world to help us see God and to provide a way for us to receive the gift of salvation.

I believe that there are believers with a variety of perspectives because of the environments in which we were raised. Still, God’s word is faithful and true. If we could only press ourselves to pursue God’s perspective in all aspects of life we would not be swayed by this pastor or that pastor who are so easily led by public opinion. He tells us to love our neighbors and our enemies. Jesus said, “Love your enemies and pray for those who persecute you, that you may be sons of your Father in heaven.” (Matt 5:44-45) Our goal in life is not only to have faith that secures eternal life for ourselves but to live in such a way as to give light to others who are also looking for that relationship with the One True God.

Jesus talks about the anger that is being expressed in our world this way, “But I say to you that everyone who is angry with his brother will be liable to judgment; whoever insults his brother will be liable to the council; and whoever says, ‘You fool!’ will be liable to the hell of fire.” (Matt 5:22) To be sure, Jesus got exasperated with people who were desecrating His Father’s house by selling trinkets in the temple courtyard. He was so angry that He overturned the tables containing their merchandise and threw them out of the temple. (Matt 21:12-16) That was an anger that was righteously motivated and proved that God, Himself, does get angry.

The anger we are experiencing in our world is far from such a holy anger. We tend to get angry over things with which we disagree. We need to learn to contain and reserve our anger for those things that matter to God. We should be constantly seeking to avoid the judgment of an angry God. In our colloquialisms, we sometimes infer that we have put the “fear of God” into someone. Our society would do well to have a healthy dose of the fear of the God they have banished from our schools and are banishing from our government. The kind of fear that is a reverent respect and awe for His sovereign power and righteous holiness.

The apostle Peter penned these straightforward words as given to him by the Holy Spirit, “Be subject for the Lord’s sake to every human institution, whether it be to the emperor as supreme, or to governors as sent by him to punish those who do evil and to praise those who do good. For this is the will of God, that by doing good you should put to silence the ignorance of foolish people. Live as people who are free, not using your freedom as a cover-up for evil, but living as servants of God. Honor everyone. Love the brotherhood. Fear God. Honor the emperor.” (1 Peter 2:13-17)

This gives me pause as I reflect on the rhetoric of today by some of our Christian leaders who want so desperately to be relevant. In so doing they never have the opportunity to share, what John wrote about in the book of Revelation as, the eternal gospel. (Rev 14:6) This gospel is of utmost importance to every man, woman, and child and contains the Truth all men are seeking.

Some may scoff at this simplified perspective but, as Christians, we have to learn to keep the main thing the main thing. We have to remember that our purpose here on this earth is to spread the eternal gospel in such a way that it is magnetic and facilitates rather than hinders God’s work of drawing all men to Himself.

Just a few thoughts for the day.

5 thoughts on “Hard Truths from Jesus”