In these days of tensions created by an on-going polarization on many fronts, I’ve been 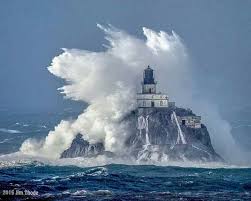 struck by the need to return to my roots of leaving breadcrumbs of truth for the generations that follow. I love leaving nuggets of truth behind so that others might be able to find their way back to the Truth. The analogy of footprints in the sand breaks down quickly as sand is quickly blown by the wind of the day and washed away by the waves of the sea. The truths we leave behind must be eternal and able to withstand the pressures of societal shifts.

We just celebrated the birth of the Christ child but some 700 years before Christ came into our world, the prophet Isaiah shared the following words of eternal truth from God Himself. “For the LORD spoke thus to me with his strong hand upon me, and warned me not to walk in the way of this people, saying: “Do not call conspiracy all that this people calls conspiracy, and do not fear what they fear, nor be in dread. But the LORD of hosts, him you shall honor as holy. Let him be your fear, and let him be your dread.” (Isaiah 8:11-13) This is eternal truth that seems particularly appropriate in our day.

Let’s not allow the debates and accusations that weigh so heavily in our public square cause fear in our hearts. These will have little consequence in matters of eternal significance. Our world is looking for truth and people are grasping at statements by men and women of notoriety who are knowingly working diligently to manipulate the opinions of ill-informed people, who are looking to have their ears tickled, counting on their lack of a firm foundation. As God’s people, we are called to look to “the LORD of hosts” for our confidence, trust, and truth that really matters.

For thousands of years, the eternal truth of God has told us that fear, uncertainty, and doubt (F.U.D.) based on debates in the public square is ill-founded. God’s people are not to be tossed about by the winds of the culture and definitions of righteousness that change with the press of the media. Ephesians 4:14 counsels, “Then we will no longer be infants, tossed back and forth by the waves, and blown here and there by every wind of teaching and by the cunning and craftiness of men in their deceitful scheming.”

Even in the past year, we have seen views on behavior that disrespects women swing from immediate retribution and calls for justice, as defined by some editorial writer, to a belief that maybe we’re being too harsh. This media indignation has taken out some of the best spokespersons of the humanistic worldview agenda, so now we are hearing suggestions that we need to rethink our system of retribution. We must remember that eternal truth is not swayed by the influencers of public opinion. Eternal truth is not subject to a vote.

If we fear anything, we should fear that our very existence and eternal future lies in the hand of the Almighty God, who came to earth as a baby for the purpose of showing us how God Himself would navigate the travails of this world. God chose not to share any incidents of Christ commenting on the frailties of governmental rulers. Instead, He recorded for us that we were to honor the leaders of our government. Romans 13:1-2 give us this word, “Let every person be subject to the governing authorities. For there is no authority except from God, and those that exist have been instituted by God.”

At times we behave as though our very survival depended on the next election. Yes, we want to see biblical values upheld by those who are elected to office. But our future is not dependent on who wins an election. Regardless of who is in office, we are to honor them and be lights representing the Christ who we celebrate at Christmas time.

After Jesus began His ministry, He gave us advice by comparing the wise man who built his house on a rock and the foolish man who built his house on the sand. The life built on sand will be blown about by the ever-shifting winds and storms of society and public debate. The wise man who bases his life on the solid rock of God’s eternal truth will be able to stand firm in God’s world and economy. Those truths do not change with societal mores nor with public opinion.

Let’s follow the instruction of 1 Peter 2:17, “Show proper respect to everyone. Love the brotherhood of believers, fear God, honor the king.” Think about these eternal truths.

Grace and Peace to all.